“Alibaba helped get our business off the ground.” 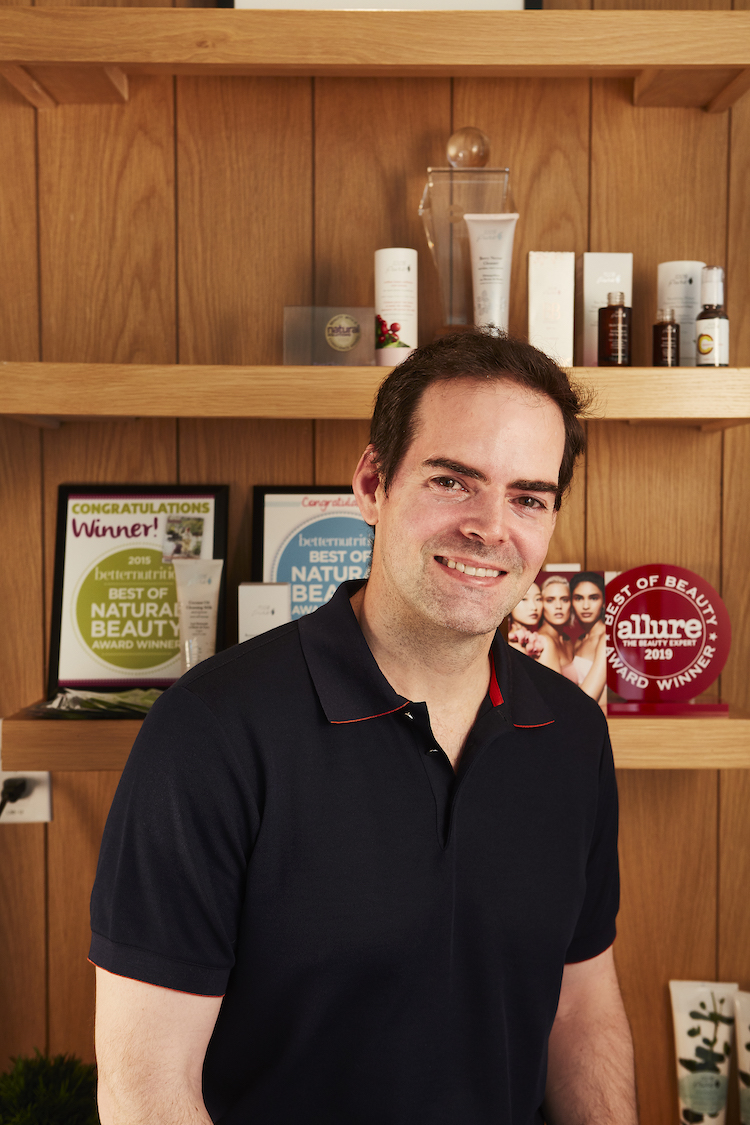 Natural beauty products brand 100% Pure is a small business based in California, but it has relied on Alibaba’s expertise and resources to help it grow for more than a decade. The partnership began with Alibaba.com helping 100% Pure source the packaging materials and natural raw ingredients it needed for its color cosmetics, skincare, and bath and body products. Alibaba enabled the company to work directly with vetted factories abroad that offered the transparency, quality and efficiency that the brand required.

Building on years of trust in Alibaba, 100% Pure launched a flagship store on Tmall Global in 2017 to introduce its brand to Chinese consumers who are eager to access high-quality natural beauty and skincare products. The brand saw theplatform as a trusted marketplace with enormous reach that also offered innovative marketing tools such as live streaming. The company’s long partnership with Alibaba has allowed 100% Pure to achieve greater sales growth and expand its global reach to create more jobs in the US. Learn more about 100% Pure’s story here.

100% Pure, a maker of natural beauty products, has relied on Alibaba to help grow its business for more than a decade. Alibaba connected 100% Pure with global makers of packaging material for its organic cosmetics, toners and soaps. The site then steered the company toward suppliers for the natural ingredients it needed to create its high-quality products.

Alibaba made it possible for 100% Pure to contact factories abroad directly, which allowed for faster communication and fewer expenses by cutting out the middlemen. The factories, all vetted by Alibaba, set up profiles on the site complete with essential information and even pictures to show prospective clients what their operations looked like.

After its initial success with Alibaba, 100% Pure began using Alibaba’s business-to-consumer platform Tmall Global to sell into China without setting up a physical store in the country. “I’ve seen what they can do. They haven’t let me down,” says Ric Kostick, Founder & CEO of 100% Pure. “Having access to even more sales will mean more job creation in the U.S.”

100% Pure: From Sourcing in China to Selling to China

San Jose-based 100% Pure, a maker of natural beauty products, is about to take a major step for growth: The company is entering China.

It’s an intimidating prospect. 100% Pure has no history in the country, nor any expertise in selling into the world’s second-largest economy. The company will all but start from scratch. But CEO Ric Kostick says he has turned to the same place for help that first launched the company 12 years ago: Alibaba Group.

In the beginning, Kostick used business-to-business site Alibaba.com to find makers of packaging material for his organic cosmetics, toners and soaps. The site soon steered him toward suppliers for the natural ingredients he needed as well. Now, on Wednesday,100% Pure opened a flagship store on Alibaba’s dedicated cross-border e-commerce site, Tmall Global, as a way to tap the China opportunity.

100% Pure went from sourcing through Alibaba to selling on Alibaba. Watch their story of growth:

“It seems daunting to enter the China market but it’s relatively not that hard because everyone buys through Tmall,” Kostick says. “You really just have to focus on one channel.” Tmall Global is linked to Tmall.com, China’s largest B2C shopping site.

“That’s really our strategy in China,” he says. “Focus on Tmall.”

Tmall Global allows foreign companies to sell into China without setting up a physical store in the country, a strategy that Kostick says is better because it allows a business to scale more cost efficiently. Tmall Global is typically for more established brands; Alibaba also operates another cross-border channel, Taobao Global, that targets smaller merchants looking to expand into this key market.

100% Pure is a rung or two above the average fledgling small business. In addition to its base in San Jose, the company has grown to 160 employees spread across 12 brick-and-mortar locations in the U.S., a Paris office and its new China headquarters in the northeastern city of Tianjin. The company is growing revenues at about 20 percent to 30 percent on average a year, Kostick says.

Still, the move into China is a major milestone for 100% Pure, which Kostick first started with co-founder Susie Wang in Napa Valley in 2005. In the beginning, one of his primary concerns was finding affordable packaging so that he could keep the prices down on his premium beauty products—a value that is as dear to the company’s mission as the organic ingredients themselves. China was the most likely place to find low-cost suppliers, but doing so wasn’t easy. Kostick needed brokers to liaise with the factories, and that would add an extra layer of cost.

Then he stumbled upon Alibaba.com, one of the world’s largest international online wholesale marketplaces.

The site made it possible to contact factories directly, which allowed for faster communication and fewer expenses by cutting out the middlemen. Transparency was also important. The factories, all vetted by Alibaba, set up profiles on the site complete with essential information and even pictures to show prospective clients what their operations looked like. As Kostick further explored the site, he was able to locate factories and farms around the world that could provide ingredients for his products as well.

“I was just blown away,” Kostick says. “As we hired staff, training them to do the sourcing, we trained them on Alibaba.”

So far 100% Pure has worked with about 100 vendors that were found through Alibaba.com. Kostick continues to look for new partners to meet different needs as his business grows and expands. “That’s our go-to,” he says of the site.

To that end, the company has set up a Chinese subsidiary and opened the Tianjin office with 10 employees. The quest to keep costs down influenced the decision to locate there as well. Major cities such as Beijing and Shanghai are just too expensive, Kostick says. He started by hiring a general manager, who then recruited the rest of the staff. This emphasis on local employees driving the China operations is an essential part of the company’s strategy for the market.

“You don’t want to market in China the way you market in the U.S., so I needed local people to help,” Kostick says. “You have to do it the local way.”

For 100% Pure, that means not just choosing the right product selection but also showing Chinese consumers why its products are superior. Because those consumers are increasingly seeking out high-quality, foreign goods, especially those in the organic space, Kostick says his company has a good head start.

“We can give them the security that what they’re buying is truly organic and truly natural,” he says. “We just have to convey that to the Chinese consumer.”

In that pursuit, transparency is key. 100% Pure’s product pages on Tmall Global will show where the ingredients are sourced from, how the products are made and all the accolades the company has received from industry associations for its quality manufacturing. “That’s how you can differentiate in the market,” Kostick says. “Synthetic cosmetics companies can’t do that.”

According to Lee McCabe, Alibaba’s vice president and general manager of North America, 100% Pure represents the type of relationship the e-commerce giant wants to build with small businesses around the world. While the efficiencies and savings delivered by Alibaba.com are an obvious starting point, McCabe says that Alibaba sees its mission as bringing small and medium-sized enterprises into the larger global economy. And serving as a gateway to China for these SMEs is an important way to do that.

“We want to help small businesses from the startup phase to the point where they’re an established brand,” McCabe says. “100% Pure is proof that we can do exactly that, as long as the company is willing to make the same level of commitment and is thinking long term.”

Kostick agrees. “I’ve seen what they can do. They haven’t let me down,” he says of Alibaba. “I’m expecting big things in the years to come, working with them.”